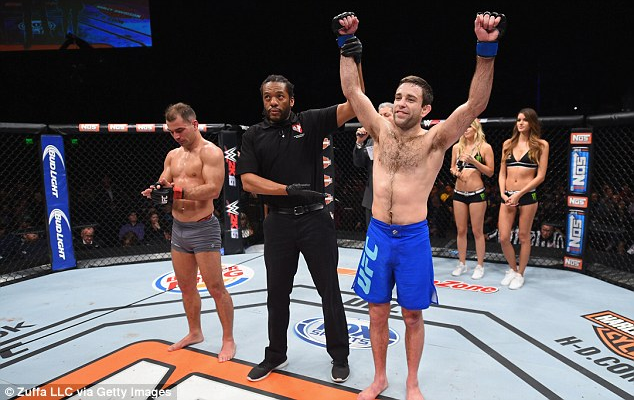 There are a few moments in the short but eventful rise of the UFC that have permanently changed the course of the sports history. Long term fans struck dumb by Royce Gracie’s exhibition of Brazilian Jui-jitsu at UFC 1 could make a case for how the introduction of BJJ to MMA was viewing history in real time. More recently, the 13 second culmination of Conor McGregor’s meteoric rise that may well be remembered as the final catapult of MMA into mainstream sports will surely be long remembered by fans of all nationalities around the world.

I could spend a week attempting to exhaust this list. However, there is an all round consensus over one particular moment; a moment that is undefeated, undisputed, UFC champion of the world in terms of building the global sporting behemoth we see before us today. On April 9th 2005, TUF 1 winners Forrest Griffin and Stephan Bonnar fought a war of attrition the likes of which had not seen since the River Somme.

The spectacle is legendary. Bomb after bomb was thrown with reckless abandon. Back and forth it went, both fighters appeared ready to put their life on the line to get that six figure contract. The oft cited Joe Rogan quote summarises the hysteria produced by that epic three round conflict.

‘People were at home… and they were calling their friends up.. and they were like ‘dude, you gotta watch this’… That was the birth of modern Mixed Martial Arts, that was the fight that put it on the map‘.

The bell rings, the fighters embrace. Exhausted, battered, and having earned the respect and admiration of every spectator, Forrest Griffin wins a unanimous decision. While Griffin was recorded as the first ever Ultimate Fighter, neither man lost that fight. To a standing ovation, Dana awards an additional contract to Stephen Bonnar.

In short, it was nothing short of beautiful. How long ago that ago that fight seems.

Fast forward ten years to the TUF 22 finale and the ‘wow’ factor is somewhat diminished. Two fighters look across the octagon at one another. Probably neither deserve to be crowned TUF winner, probably very few care who will be.

First of these finalists and Conor McGregor’s team mate, Artem Lobov, was beaten before he even entered the TUF house. Dana White reinstated him with half hearted justifications, such as him being ‘robbed’ in said fight; seemingly forgetting the countless fighters throughout TUF history that have lost similarly close decisions. While Artem is both likeable and exciting as a fighter, three consecutive knockouts of sub-par opposition do not paper over the fact he was never going to be a legitimate UFC title contender.

If it wasn’t egregious enough for one finalist to have lost on his first UFC based outing, his opponent Ryan Hall was also comprehensively beaten on his road to the final. In a spectacular misfortune, perhaps the one fighter with real UFC championship potential couldn’t enter the country on a freak occurrence visa issue, resulting in his stepping stone in the semi-final taking his place through similarly questionable reasoning.

The transparent flaunting of the TV series’ formula for marketing reasons is nothing new. As long time viewers we’ve come to expect a degree of inconsistency.

The fight itself was all that mattered at this point… and it will live long in the wikipedia footnotes of an incredible main event performance of Frankie Edgar against Chad Mendes. To summarise, Hall quickly took a dominant ground position… then a little later the fight was over. I’m not sure what happened in the period between; it’s possible I fell asleep. Fortunately Dana White’s Twitter page reveals all.

(I’m assuming he’s referring to criticism of the fight here and not claims from MMA bloggers that TUF should be cancelled).

Don’t get me wrong, I’m not a first time fan that can’t appreciate a truly exceptional Jui-jitsu skill set. Gone are the days of one dimensional fighters excelling in the sport by exchanging brain damage until one lies unconscious. Ryan Hall represents modern MMA’s attraction of elite athletes with world class talent in all aspects of martial arts, something that is fantastic for the sport and shows the growth of MMA into one of the worlds most exciting spectacles. But find me the man that would willingly watch this fight again and I’ll show you a man subscribed to the Watching Paint Dry Youtube channel.

In terms of TV ratings, many viewed TUF 22 was viewed by many as the hail Mary pass after the previous series recorded the lowest ratings ever. Initial reactions appeared to suggest the combination of Conor McGregor’s star power and the ‘combustibility’ of his relationship with Urijah Faber had worked a miracle. Various MMA media outlet declared a 27% rise in viewership from the previous series, and it seemed McGregor’s star power  extended to Jesus like levels of resurrection.

However, a little context proves this was misguided. TUF 22 episode 1 drew 622,000 viewers. By comparison, Series 10 reached heights of almost 3 million and each series from 1-14 comfortably cleared 1 million on their debut episode. TUF 22 shows that nothing more than a slight respite from the depressing downward spiral of popularity. To borrow a mantra from the Brash Irishman himself, ‘you can’t argue with the numbers’.

From personal experience, the series was by no means bad. The match-ups were interesting and the inter-continental dynamics were at times entertaining. But with the exponential growth of the sport in the last decade, there is no possible explanation for such declining numbers barring the obvious one. The show is dysfunctional, the talent pool is dry and like a bad relationship, the desperate attempts to draw viewers back is only defiling the positive experiences we’ve shared with the show in the past.

It’s a sad irony that TUF is a victim of it’s own success. The Griffin-Bonnar fight set far too high a precedent for TUF finales and the explosion of popularity that followed meant the sport was always going to outgrow the crutches that once saved it from extinction. Similar to the lingering melancholy but irrefutable acceptance we experienced in watching Griffin’s schooling at the hands of Anderson Silva or Bonnar’s decimation from Jon Jones, it’s time to say wave a teary goodbye to an era that is no longer compatible with modern MMA.