If, like me, you’ve suffered greatly with Michael Bisping in his agonisingly so-close-yet-so-far career then you’re in the right place.

European MMA is killing the game like never before, with two current UFC champions and multiple challengers stating their cases for title shots. However, to the continued dismay of the beleaguered tea drinking, rugby playing, binge drinking stereotype factory residents in the United Kingdom, we’ve yet to share in the success of our continental neighbours.

THIS MAY ALL BE ABOUT TO CHANGE. Imploring you to break with established British social convention, I present to you a list of reasons to be optimistic for the future as we approach UFC Fight Night London in February.

Having watched Wilkinson on the hugely entertaining but ultimately unfruitful TUF: the Smashes series, I am perhaps more enthusiastic about his eventual involvement in the UFC than his record merits. The injury prone Englishman has an uninspiring 2-1 UFC career spanning three over years, yet finds himself facing a dangerous opponent in Kurdish prospect Makwan Amirkhani. Should he produce a W in this bout we may have genuine cause for excitement.

Wilkinson has a 9-1 MMA record and but for injuries would have likely had an earlier start to his career in the UFC. Perhaps more of a unknown entity than a genuine prospect, I still feel the fighter has a lot to offer in representing British MMA.

“well what did you THINK was going to happen?!”- Michael Page

28 year old Londoner Michael Page has an impressive 9-0 record with a truly unbelievable EIGHT FIRST-ROUND FINISHES. Yes, you read that correctly. He’s found nine times, zero losses… and none of his eight finishes have left the first round. This includes a thirty second KO.

Although fighting in Bellator, Page has a very , very promising career ahead of him. With a flashy (and evidently effective) stand-up style, he also boasts two first round submissions. 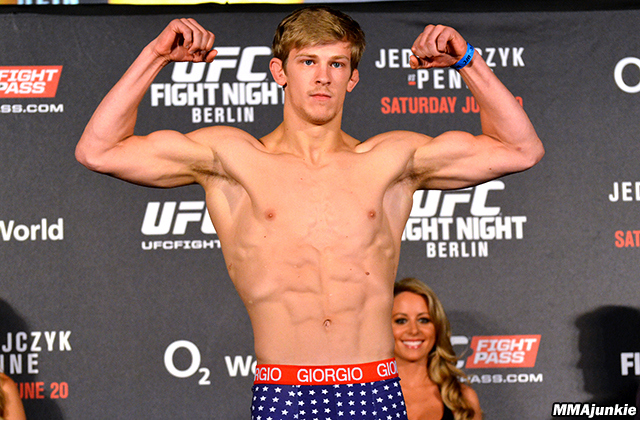 At just 21 years of age, Arnold Allen tops the list for potential for success within the UFC. With a 10-1 MMA record (the one loss coming from TUF 22 semi-finalist Marcin Wrzosek) and a ‘performance of the night’ UFC debut win over Alan Omer the sky really is the limit for this young Englander.

Yet to be fully acknowledged by the UFC hype train extravaganza, Allen has a chance to prove his worth against Yaotzin Mezer in February.

He may be a relatively unsung prospect but don’t let that stop you from building him up beyond all reasonable expectation. I have a feeling he could yet be the best thing to come out of Ipswich since… ever. 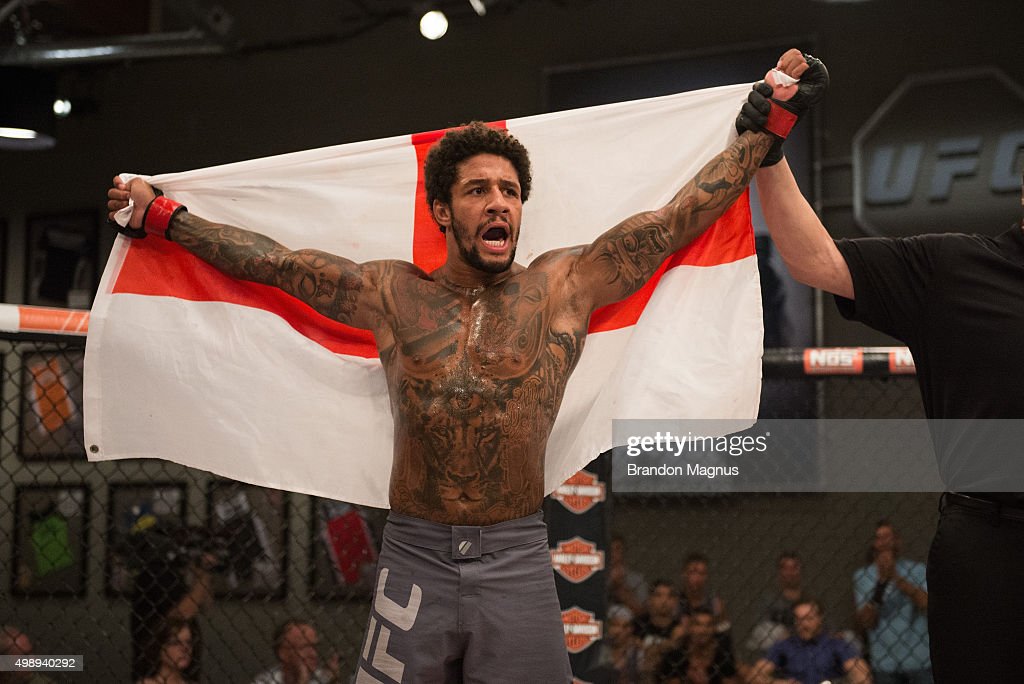 OK, so this one may slightly premature considering Dana White recently suggested that he had cut Saul’s contract with the UFC. Based on his MMA record however, he can undoubtedly be considered an exciting British prospect.

Ground and pound specialist and Bolton based badman Saul “the Hangman” Rogers looked very impressive in his stint on The Ultimate Fighter.

Through a set of bizarre circumstances Saul finds himself with wins over both TUF 22 winner Ryan Hall, who he beat on the show, and finalist Artem Lobov, whom he vanquished in Budo Fighting Championships 3 in 2011.

Although I have the humility to confess a conscious bias, Saul’s cutting from the UFC seems a little farcical. At just 26, having a hugely impressive 10-1 record outside the UFC and 3-0 in the TUF house, even I can surmise that he deserves a place on the UFC London card ahead of say… fellow contestant David Teymur, 3-1 outside of UFC and TKO’d in the semi-finals.

Admittedly I don’t know the circumstances behind the ‘visa issues’ that prevented Saul from making the finale outside of the MMA rumour mill. Then again, if I let ignorance stop me from expressing myself then journalism would be a poor career choice. 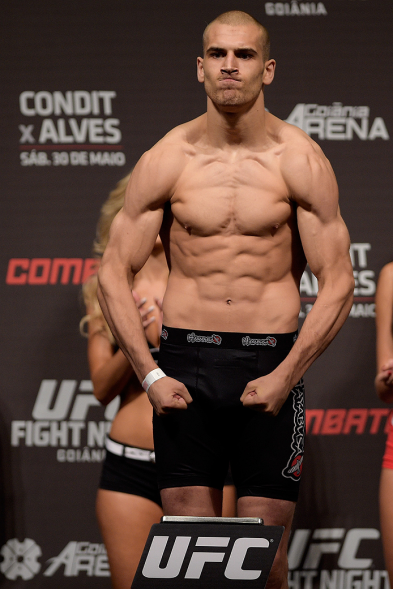 Birmingham’s own Tom “Britain’s only hope” Breese takes top spot for my list of British prospects coming into 2016. (Nickname selected by author).

Training under the tutelage of legendary coach Firas Zahabi at Tri-Star gym, Montreal, Breese has a huge wealth of MMA experience to gain from his teammates. In addition to the technical excellence of the coaches, UFC superstars such as George St-Pierre and Rory MacDonald have set the best possible blueprints for a successful UFC career.

Breese is 2-0 in the UFC with two first round stoppages, including an ultra impressive ‘performance of the night’ bonus against Cathal Pendred.

Although having flown under the radar a little compared to, for example, Sage Northcutt, Breese has a very solid 9-0 MMA record. Maybe he can ask for some strategic assistance from Northcutt next time he and his dad visit Tri-star to train.

Regardless, Breese looks incredibly promising.  Another impressive win in his next fight over Keita Nakamura on home soil in February will surely get people talking and should justify a shot at a ranked opponent.

Without wanting to get ahead of myself, he may well be in contention for the GOAT alongside future Hall of Famers Ross Pearson and Jimi Manuwa.

If you enjoyed the article, please like / comment / share / shout your praise from the rooftops. If you despised it, please do they same. Feedback is both a driving force for improvement and food for my starving ego.