It was reported yesterday that eight fighters would be cut from the UFC. The most high profile of these were Fabrio Maldonando and Kevin Souza, both veterans who have had solid yet unspectacular UFC careers. The UFC prides itself on being an elite organisation which will produce high level fights between the most dangerous men in unarmed combat on the planet, so whilst nobody wants to see a fighter being informed they aren’t considered good enough anymore, I have some patience with the UFC decision makers who have to make difficult and unpopular calls regularly.

However, as avid fans we may be overestimated the benefit to athlete’s lives to getting punched in the face by the best in the world for a living. The platform that comes with being a professional athlete in one of the most dynamic sports in the world can provide a jumping board into success in other realms. This being the case, it’s time to examine the fighters who have gone on to be wildly successful once leaving the UFC. 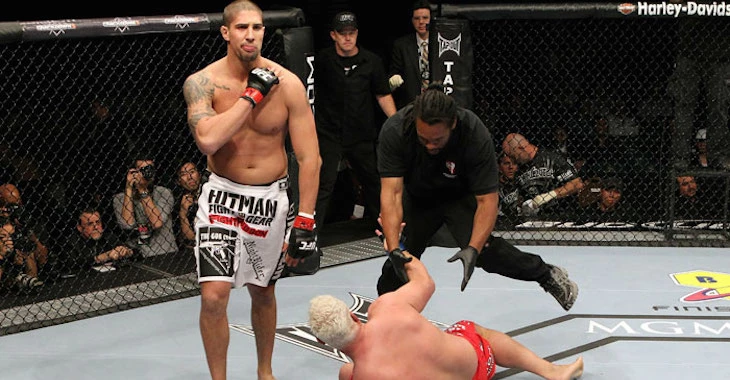 Big Brown entered the UFC through losing the final of TUF 10 to Roy ‘Big Country’ Nelson. He managed to impress with his finishes throughout the Heavyweight Rashad Evans vs Rampage Jackson season (personally one of my favourites).

After going on a 4-0 tear in the UFC with his most notable win coming against MMA legend Mirko Cro Cop, Schaub came up short in various fights against top contender opposition, culminating in a 1st round TKO loss against Travis Browne. While fans would still have loved Big Brown’s return to the octagon, a hard hitting reality check came in the form of the Joe Rogan Experience (JRE) podcast, in which Joe, in no uncertain terms, told Brendan that he thought he looked ‘stiff’ and therefore didn’t feel he could cut it against the best in the division such as former Heavyweight champion Cain Velasquez. (If you haven’t seen the brutal but well-intentioned breakdown of Schaub’s career chances, please watch it here so you don’t assume I’m dramatising the situation).

Although many fans may have been disappointed at the time, this sparked a turn of events that has clearly benefited the UFC, the fans and most of all Schaub himself. He has since competed in the BJJ tournament Metamoris 2, appears regularly on the JRE podcast, appears alongside other former fighters to discuss UFC events on Fight Pass and co-hosts a successful and wildly entertaining podcast with comedian Bryan Callen called The Fighter and the Kid on Fox Sports. Amongst other things, Big Brown has suggested he may further commit to stand-up comedy.

His likeable personality and substantial fan following suggest that he will go further outside the octagon than he would have been able to achieve through competing.  Never shy from controversy, Schaub has become vocal in various issues concerning fighters in the UFC; including the Reebok deal, drug testing and fighter contracts. He has used his position as a host and all round MMA personality to raise concerns that MMA media and fighters are constrained from discussing publicly by their reliance on their relationship with the UFC. As MMA media remains highly diffused due to the sports continued development, actors such as Schaub add another level of agency in which fans can gain insight into the sport through his personal experience. 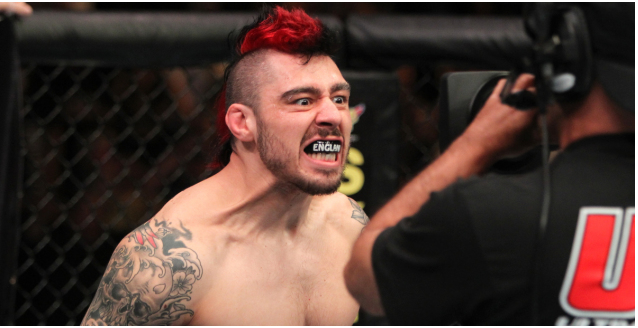 The first Englishman to get a UFC title shot had a mixed career at the top. Claims that he was rushed into his fight with dominant middleweight champion George ‘Rush’ St-Pierre seemed to be verified by his comprehensive loss in the fight and three consecutive losses after. His exciting stand-up style and enigmatic personality meant that while he was unlikely to be cut from the UFC, his two final impressive performances only saddened the diagnosis of a rare heart disorder (Wolff–Parkinson–White syndrome) that ruled him out of competition. While Hardy is officially waiting to discover if he can compete again, at 33 I would personally rather see the him concentrate on his health than a (rather hopeful) run at UFC gold.

After leaving the UFC roster, Hardy was kept in the UFC’s employment through a commentating role for Fight Pass events. He has quickly become a fan favourite and has received plaudits for his insightful commentary and ease and natural style on the microphone in post fight interviews.

It seems like being out of competition has also enabled Hardy to branch out to more interesting activities in his life. In a JRE podcast, Hardy recalls how he has become more involved in yoga and went to South America to experiment with ayahuasca – an experience he has recalled in detail and has described it as ‘awakening‘, further explaining ‘ it was just to answer questions about my future. The direction I should be continuing my life. I got all the answers that I needed’.

But traversing the spirit world alone in between calling fights clearly wasn’t exciting enough to fill the UFC shaped hole in Hardy’s lifestyle. Hardy set to remedy this earlier this year in spectacular fashion – with a 28 day trip with team GB in the Clipper Round the World Yacht Race. Sailing from London to Rio de Janeiro with a 23 man team, the Brit battled mother nature in her home town – and came through the experience with a few harrowing yet inspiring tales to tell.

Despite living perhaps one of the most exciting lives possible, Hardy hasn’t lost the attitude that endeared him to fans during his UFC career. He has remained vocal on the issue of trophy hunting – slamming Hall of Fame’r Matt Hughes for his public role in the controversial practice.

Being out of the UFC roster isn’t doing Hardy any harm. Perhaps more fighters should consider whether or not whether their competitive nature could be satisfied other avenues.

Justin Wren (the one with the fantastic beard) 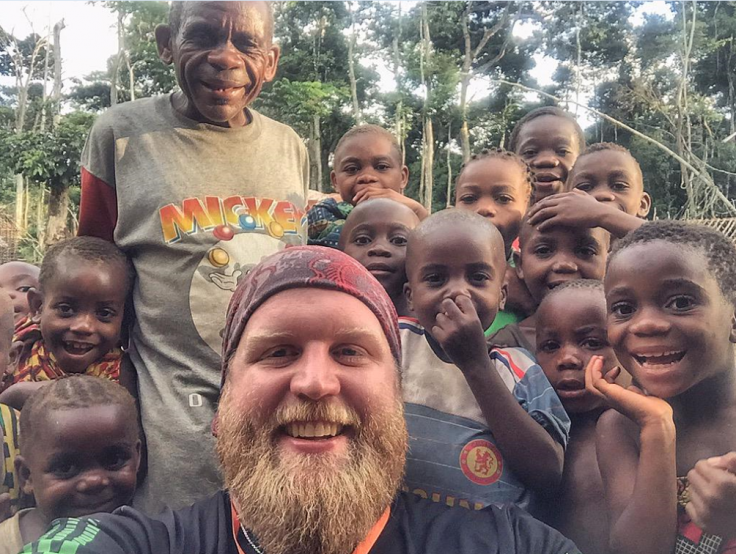 Who remembers Justin Wren? Although the TUF quarter finalist didn’t quite make it to becoming a legitimate UFC fighter as he lost his UFC debut in the TUF 10 finale, he has lead a far too interesting post-UFC life to be ignored from this list.

in 2013, he launched Fight for the Forgotten, an organisation that helps to aid disenfranchised pygmy slaves in the Democratic Republic of Congo; a people that have been denied medical rights and and basic necessities as they aren’t yet recognised as citizens.

Aside from his insane and terrifying malaria based tales of missionary work in the war-torn Congo, Wren has given a voice to forgotten people for entirely selfless reasons. Justin and his team have negotiated the release of hundreds of “the forgotten people” and bought them almost 2,500 acres of land to live on peacefully.

Furthermore, he has pledged to give his MMA win bonuses to the organisation for the rest of his career. In an entirely shameless platitudinous sentence, perhaps not entering the UFC roster was the best thing that could have happened to him and to the world.